Knowing what the size of your home loan might be before you buy a house isn’t a pipe-dream of the future. It’s very much a reality. 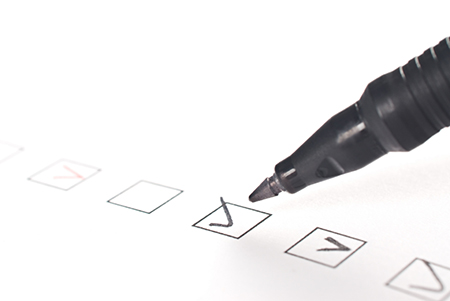 This isn’t some Minority Report-like future of flying cars where we can see events before they’ve happened. We’re describing our world – one where home loan pre-approvals are a very real thing. Here’s a few reasons why you should stop thinking of them as science fiction and start treating them as mortgage fact.

Recent CoreLogic RP Data statistics tell us that certain capitals have been experiencing some unheard-of auction clearance rates in the run-up to Easter. Sydney, for example, had an insane 84.6 per cent rate. But did all of those buyers go home happy, or did some of them get carried away in all the excitement of shouting out numbers in a crowded room?

With a pre-approved home loan, you can help ensure this doesn’t happen to you. You’ll know exactly what your upper limit is, and know not to bid higher. Remember that, with a home auction, if you want to back out because you’ve spent too much you’ll end up having to pay substantial penalties.

2. You’ll know where to shop

Have you ever taken a product to the counter only to find you don’t have the funds to pay for it? The disappointment can be crushing, not to mention the time wasted choosing the product. If you’d known how much you had to play around with, you might’ve shopped for salmon instead of lobster.

It’s the same with suburbs. Knowing the upper limit of your mortgage means you can eliminate a whole swathe of homes from your decision-making, which can make the home-hunting process a lot simpler. Let’s say you were in Melbourne, for example. According to the Real Estate Institute of Victoria, the median home price of Wantirna is $710,000, while neighbouring Bayswater posts $552,000. With a pre-approval, you could confidently focus your energies on properties in the latter.

3. You can budget in advance

It’s no secret that having a home loan means you need to shuffle around your finances. In August 2013, the Australian Bureau of Statistics found that home owners spent an average of 18 per cent of their gross household income on their mortgage.

Of course, this is an average – you need to know for sure around how much you can expect to pay. With a home loan pre-approval, you can start putting a budget plan in place in advance so there are no surprises down the line.

Want to find out more? Ask us now!

Agent Select determines the three best performing Agents with you in mind, and then invites them to bid for the right to sell your property, with no cost to you!